Attorney General William Barr is exactly the AG we should have expected. Instead of listening to the — (very fine, I’m sure) — former prosecutors’ guesses about his institutionalism, I’m a firm believer in going straight to the tape. And in this case, the “tape” — the record — is found in the press reports from the time.   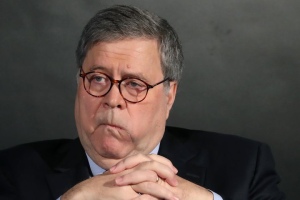 And in this case we’re especially fortunate because the great conservative wordsmith William Safire was all over that shit.

The titles hyperlink to the Times archive, but I know not everyone can get past their paywall, so I’m sharing a little… clicking on the section photos give you PDF versions of the original articles right here 🤫 (also linked at the bottom of each summary)

This one is the freakiest. It will sound eerily familiar. 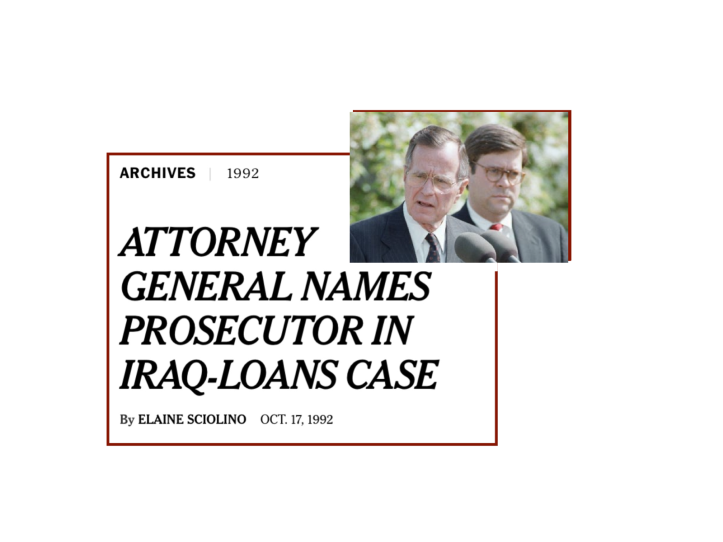 The ethics law expires on Dec. 15 because Congress, with the enthusiastic support of Mr. Barr and the Administration, did not renew it.

Although Mr. Barr insisted that Judge Lacey will be independent, his instructions are to advise the Attorney General “on an ongoing basis concerning the conduct of the Department’s continuing investigation and prosecution of all aspects of the bank case.”

Mr. Barr acknowledged that if Gov. Bill Clinton wins the Presidential election next month, he will have to decide after his inauguration whether Judge Lacey would continue his investigation. By contrast, the mandate of an independent counsel would automatically continue in a new Administration.

note: Since today everything is immediately assumed to be driven, not by fact, but by partisanship, I note that William Safire, author of the op-ed below, worked for Nixon’s 1960 and 1968 presidential campaigns and served in Richard Nixon’s administration as speechwriter. 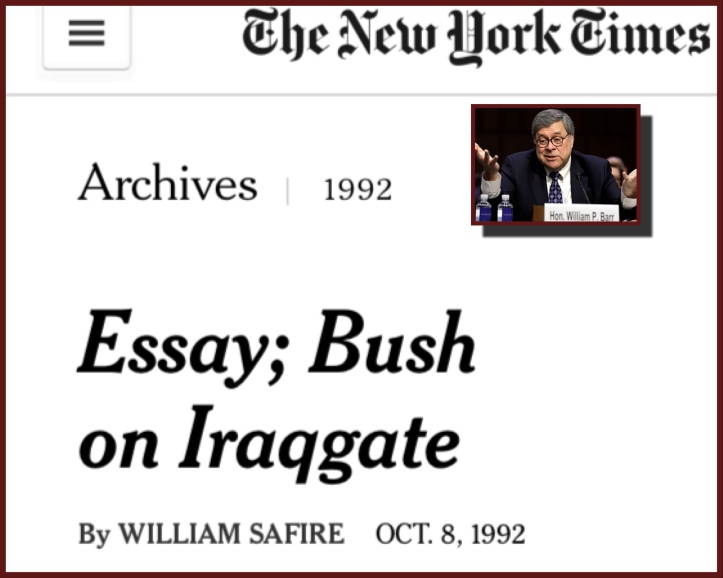 Shirt-sleeved in the White House, Larry King told President Bush on CNN that “Senator Gore and William Safire are getting into what they call — I guess we’re calling it Iraqgate.”

(Pundit’s Note: I am not Senator Gore’s running mate. For different reasons, he and I have taken an interest in Mr. Bush’s misuse of U.S. grain export guarantees as backdoor foreign aid to uncreditworthy Saddam Hussein in 1989. This wrongdoing, compounded by the deception of Congress and covered up by the unlawful obstruction of the investigation into Iraq’s multibillion-dollar Atlanta bank fraud, has come to be known as Iraqgate.)

“What happened was,” said the President about the unfolding scandal, “they had an illegal diversion of materials that would have helped them build a nuclear capability . . .”

That’s news. For years, I have been suspecting in print, and Alan Friedman of The Financial Times has been charging on Ted Koppel’s “Nightline,” that Iraq was using our guarantees to borrow the money to buy grain that was loaded onto ships and then diverted to other countries in barter for the technology enabling Saddam to develop nuclear weapons and missiles.

Now we have confirmation of that dangerous game — in which the U.S. taxpayer lost billions — from the Highest Authority. Unless the President has taken to believing everything he reads in this space, he presumably learned of that rip-off from information supplied him by the C.I.A. or the Department of Agriculture. Until now, those agencies had been publicly denying any knowledge of grain diversions to help arm Saddam. 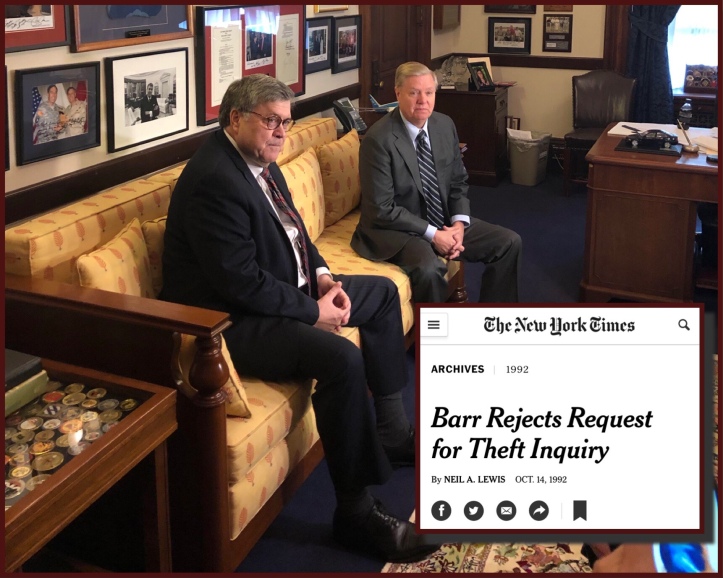 It was the second time in recent months that the Attorney General has refused Congressional requests to name an independent counsel, saying the Justice Department could investigate accusations of criminal conduct even though they involved officials in the Reagan and Bush Administrations. Last August he refused to name a special prosecutor to investigate charges that the Bush Administration illegally helped Iraq before the Persian Gulf war and then tried to cover it up.

In the new case, Mr. Barr was asked last month by the House Judiciary Committee to appoint a special prosecutor to investigate the possible theft of the computer program as well as charges that two former Attorneys General, Edwin Meese 3d and Dick Thornburgh, had blocked earlier inquiries into the affair.

NO EXCUSE FOR MR. BARR’S OUTRAGE 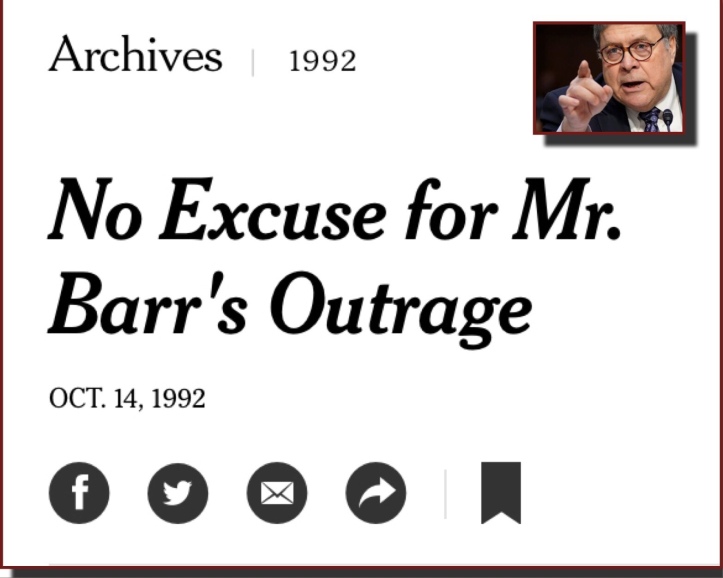 When House Democrats asked for an independent prosecutor to investigate aid given to Iraq before the Persian Gulf war, Attorney General William Barr was outraged. He sensed that political opponents were out to get him. But Mr. Barr asserted wrongly that his Justice Department was handling the case credibly. Its prosecution is unraveling in a welter of confusion.

Mistakes of judgment were made when the Bush Administration kept trying to appease Saddam Hussein long after Iraq’s war with Iran had ended. But crimes also were committed as the United States favored Iraq with loan guarantees ostensibly to pay for food. The money was diverted to military purposes and Government records were doctored to disguise the transactions. 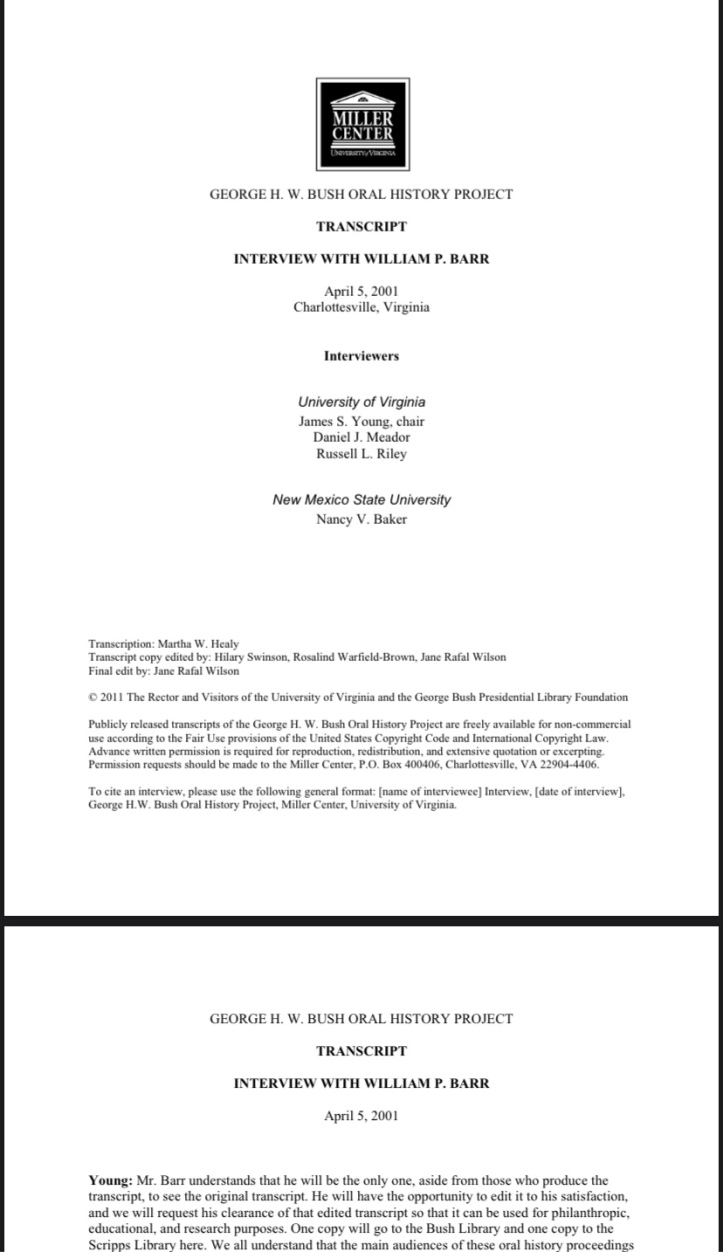 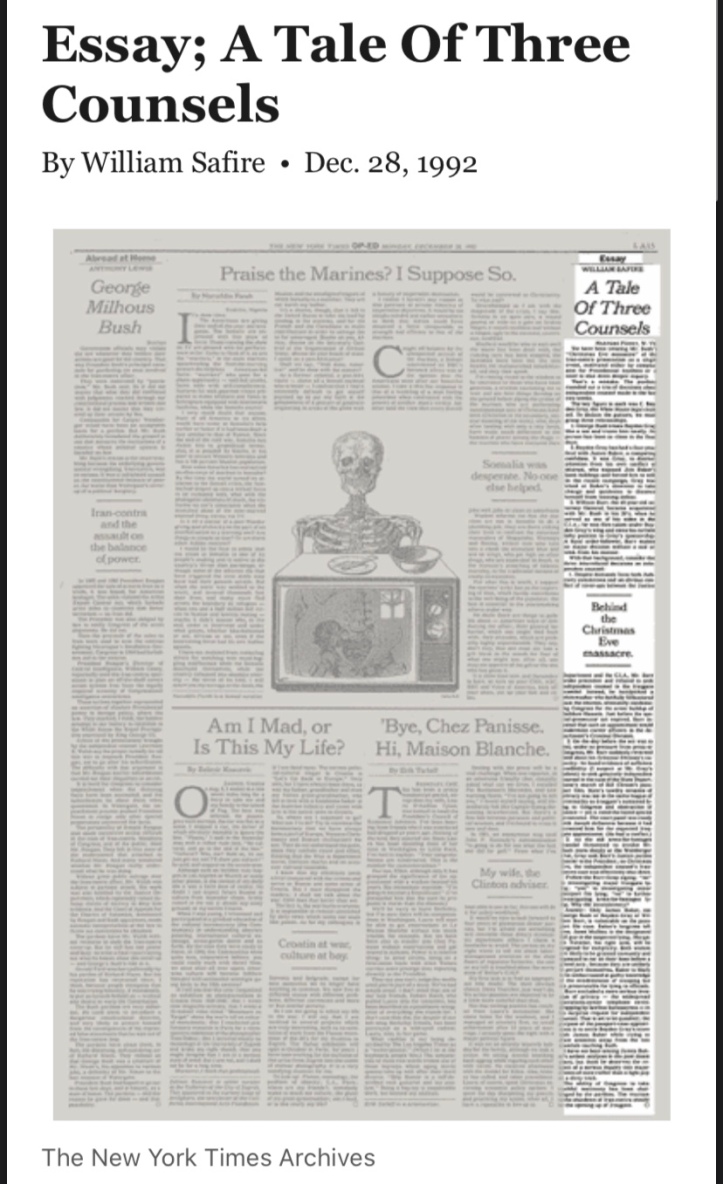 AGAPE apropos of nothing batmish Black Lives Matter COVID-19 Entertainment for Armageddon Epidemics Feed Your Head Fight Like a Girl how we play chess I AM THE WALRUS love make the world glass Matriarchy my damn daddy Plagues podcasts podcast shit SCOTUS Shiva Sisters are Saviors Swamp Creatures TAMI tear down the wall The TAMI Show trump Unmasking War, arms trade, and all that nasty shit We are AWAKE Русский