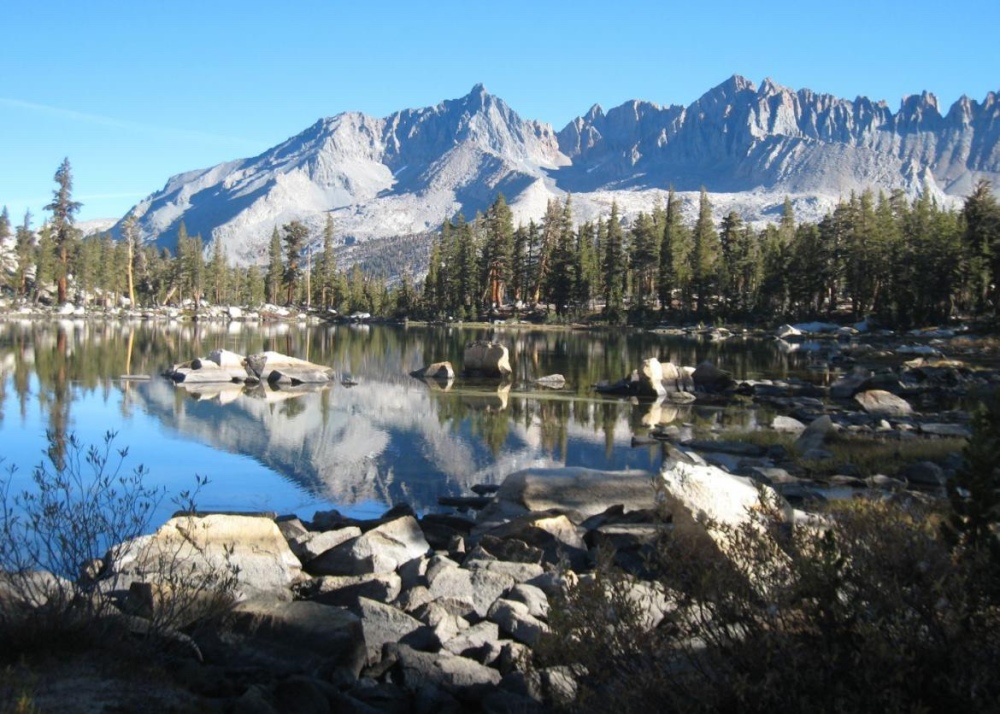 This is what Justice Douglass was trying to protect, and trying to speak for.

Now, some of the dissent:

The critical question of “standing” would be simplified and also put neatly in focus if we fashioned a federal rule that allowed environmental issues to be litigated before federal agencies or federal courts in the name of the inanimate object about to be despoiled, defaced, or invaded by roads and bulldozers, and where injury is the subject of public outrage. Contemporary public concern¹ for protecting nature’s ecological equilibrium should lead to the conferral of standing upon environmental objects to sue for their own preservation…

Inanimate objects are sometimes parties in litigation. A ship has a legal personality, a fiction found useful for maritime purposes. The corporation sole — a creature of ecclesiastical law — is an acceptable adversary, and large fortunes ride on its cases. The ordinary corporation is a “person” for purposes of the adjudicatory processes,² whether it represents proprietary, spiritual, aesthetic, or charitable causes.

So it should be as respects valleys, alpine meadows, rivers, lakes, estuaries, beaches, ridges, groves of trees, swampland, or even air that feels the destructive pressures of modern technology and modern life. The river, for example, is the living symbol of all the life it sustains or nourishes — fish, aquatic insects, water ouzels, otter, fisher, deer, elk, bear, and all other animals, including man, who are dependent on it or who enjoy it for its sight, its sound, or its life.* The river as plaintiff speaks for the ecological unit of life that is part of it. Those people who have a meaningful relation to that body of water — whether it be a fisherman, a canoeist, a zoologist, or a logger — must be able to speak for the values which the river represents, and which are threatened with destruction.

Mineral King is doubtless like other wonders of the Sierra Nevada such as Tuolumne Meadows and the John Muir Trail. Those who hike it, fish it, hunt it, camp³ in it, frequent it, or visit it merely to sit in solitude and wonderment are legitimate spokesmen for it, whether they may be few or many. Those who have that intimate relation with the inanimate object about to be injured, polluted, or otherwise despoiled are its legitimate spokesmen.

[p749] “the recurring question which has plagued public regulation of industry [is] whether the regulatory agency is unduly oriented toward the interests of the industry it is designed to regulate, rather than the public interest it is designed to protect.”

[p750] The voice of the inanimate object, therefore, should not be stilled. That does not mean that the judiciary takes over the managerial functions from the federal agency. It merely means that, before these priceless bits of Americana (such as a valley, an alpine meadow, a river, or a lake) are forever lost or are so transformed a to be reduced to the eventual rubble of our urban environment, the voice of the existing beneficiaries of these environmental wonders should be heard.