(from my personal, unordered, notes.)

the proxy war is well underway – who is minding the store?

When Russia announced plans to load the fuel “the element of surprise was essentially taken away” from Israeli attack calculations, former US ambassador to the UN John Bolton told The Jerusalem Post:

“If Israel was right to destroy the Osiraq reactor, is it right to allow this one to continue? You can’t have it both ways.”

-A conclusion not dependent on the preceding statements or facts or anything else: for Bolton, justice is always on the side of bombs. 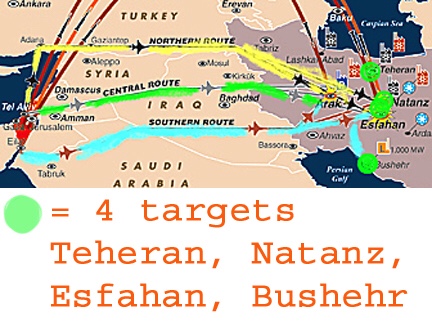 Why is helpless Yemen our “enemy”? Why is Saudi Arabia our ally? Who are we really fighting?

Did the Syria conflict start with Israel’s 2007 attack (without America’s support) on what they suspected was a nuclear reactor? (And if so, how provable is it?)

-We [military reporters and researchers] all knew that Israel hit Syria in 2007, but until Bolton was a shoe-in to replace McMaster & Israel was sure the Iran deal was dead, they didn’t admit it-

(AP; March 20, 2018) Israel for the first time admitted that it bombed a suspected Syrian nuclear reactor in 2007 and said on Wednesday the strike should be a warning to Iran that it would not be allowed to develop nuclear weapons.

The military released previously classified cockpit footage, photographs and intelligence documents about its Sept. 6, 2007, air strike on the Al-Kubar facility near Deir al-Zor in eastern Syria.

It said the reactor was being constructed with help from North Korea and had been months away from activation. Amos Yadlin, Israel’s military intelligence chief at the time, said on Israel Radio that even with a functioning reactor, it would have taken Syria years to build a nuclear weapon.

The Israeli military described in detail events leading up to the night of Sept 5-6, 2007, in which, it said, eight warplanes, F-16s and F-15s, carried out the mission after taking off from the 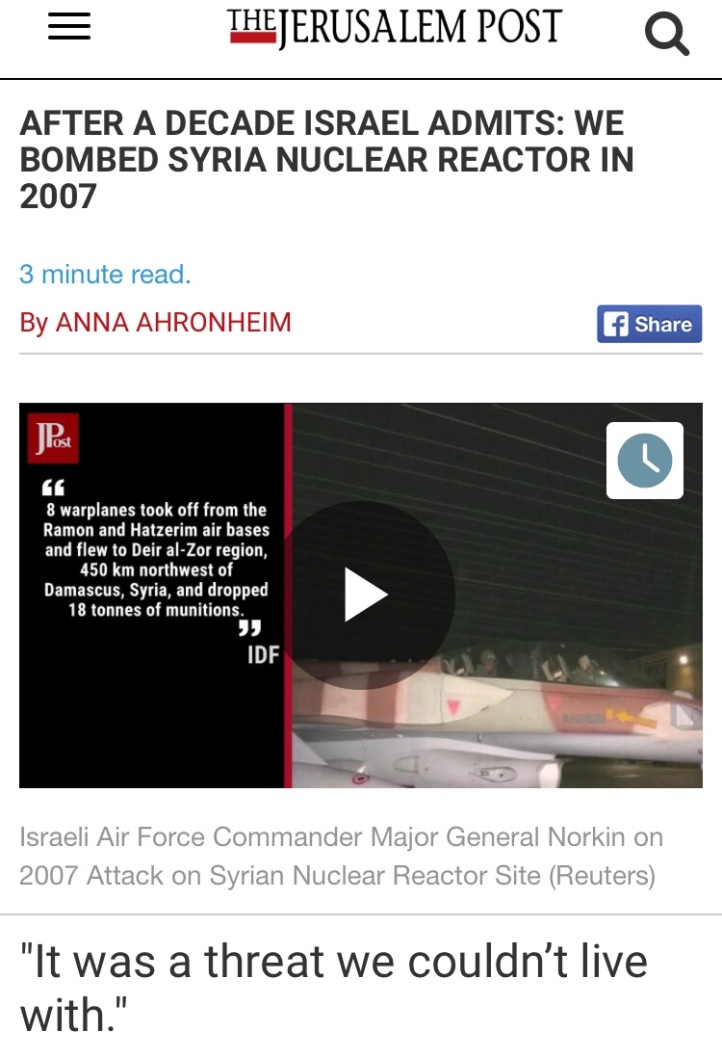 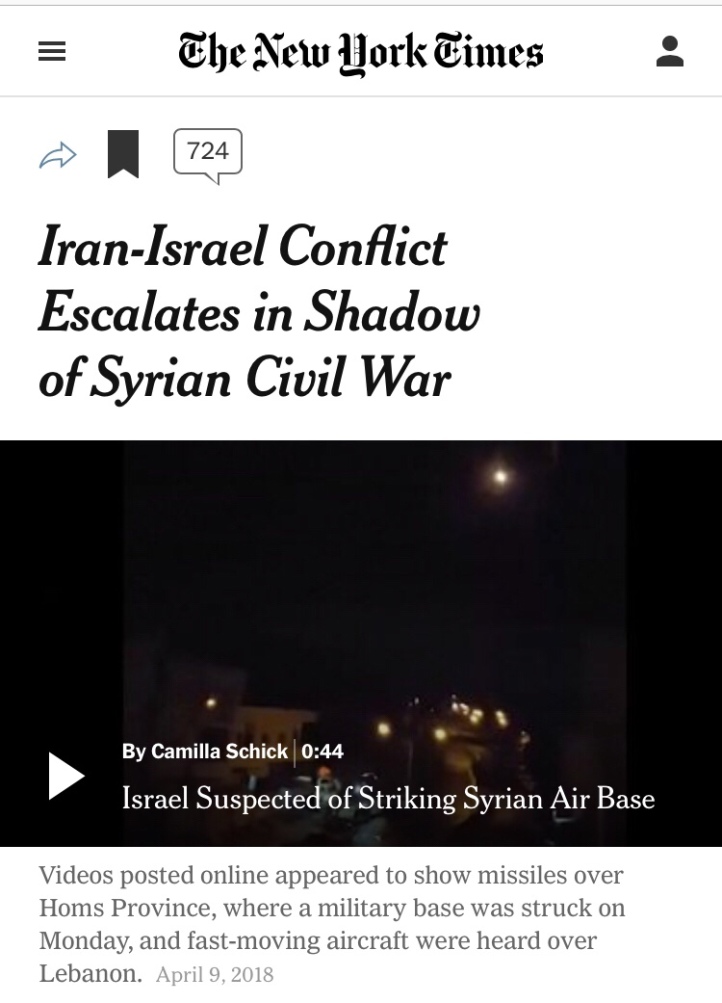 BEIRUT, Lebanon — Israel on Monday appeared to have escalated its shadow war in Syria against Iran, with a predawn airstrike against a military base that coordinates Iranian-backed militias, killing four Iranian military advisers.

The dead included a colonel who served as a senior officer in Iran’s drone program, according to Iranian news reports.

The attack on the Syrian air base near the desert town of Palmyra in central Syria drew new attention to a conflict between Iran and Israel that has been steadily increasing in intensity while mostly hidden in the shadows of Syria’s civil war.

As Iran has taken advantage of the war’s chaos to build a substantial military infrastructure, Israel has launched scores of strikes to try to stop it, or at least to slow it down.

As the war in Syria ground on, Iran came to Mr. Assad’s aid, sending seasoned fighters from Hezbollah, the Lebanese militant group and political party that Iran supports. It later organized an international airlift of militia fighters from a number of countries to bolster Mr. Assad’s military.

Israel now worries that as Mr. Assad’s position becomes more secure, Iran has turned its focus to the military capacity it appears to be building to help it in a future confrontation with Israel.

Israeli leaders frequently threaten to bomb Iran, so having strong military proxies near Israel’s borders gives Iran some protection. If Israel attacks Iran, the thinking goes, it knows it can expect a painful response from Hezbollah in Lebanon, and perhaps from other militias now operating in Syria.

Israel had attacked the T4 base at least once before, in February, after Israel intercepted what it said was an Iranian drone that had penetrated its airspace. Israel said it targeted the command-and-control center Iran had used to launch the drone. Syria’s air defenses shot down one of Israel’s F-16 fighter jets, which crashed inside of Israel.

It was the first Israeli plane lost to enemy fire in decades, and Israel responded with a broad wave of strikes against a dozen Syrian and Iranian targets in Syria.

Worried that Iran is using the cover of the war to strengthen its allies in Syria, Israel has repeatedly launched airstrikes on what it believed to be weapons convoys bound for Hezbollah, which fought Israel to a standstill in a monthlong war in 2006 that killed hundreds of people.

The Israeli government never acknowledges individual strikes, and the Syrian government and Hezbollah do not always acknowledge when they have been hit. But last August, Maj. Gen. Amir Eshel, the outgoing commander of the Israeli Air Force, acknowledged that Israel had launched nearly 100 strikes on convoys since 2012.

AGAPE apropos of nothing Aquarius batmish Black Lives Matter COVID-19 Entertainment for Armageddon Epidemics Feed Your Head Fight Like a Girl how we play chess I AM THE WALRUS love make the world glass Matriarchy my damn daddy Plagues SCOTUS Shiva Sisters are Saviors Swamp Creatures TAMI tear down the wall The TAMI Show trump Unmasking video War, arms trade, and all that nasty shit We are AWAKE Русский
Follow serene on WordPress.com
Loading Comments...
Comment
×
<span>%d</span> bloggers like this: