Let me tell you how this story ends. Well, not how, exactly; that will follow.

Sometimes you have to play dead. Sometimes, that’s the only play.

Sometimes you have to wander in the desert. But it is true that all who wander are not lost. (SO- J.R.R. Tolkien)

If they’re mothers, maybe they want to leave tracks. If they love their children more than anything in the whole world, maybe all they care about is that their children are okay. Maybe it tears them to pieces every single day that they cannot protect them from the evil that holds their Onlies hostage. Maybe, maybe– maybe they even went so far as getting murdered refusing to back down from protecting those children that they love more than anything.

Then what does he do? Does he get a “friend of a friend” ATF agent to hunt that mother down wherever she goes?

But just in case, maybe, just maybe, that mother does things that make sure that no matter what – and I do mean NO MATTER WHAT – live, die, or otherwise, the seeds are planted. The evidence is there. The love is undeniable. The children, in the end, regardless of what happens to Mama Bear, regardless: there can be no doubt of that love. Because she WRITES. And she buries. And she entrusts. She ensures – that love, that evidence, that proof, that TRUTH – can never be wiped from history. Can never be doubted. Can never be erased.

Then, she does the hard part.

The hardest part of all. Not the having to look neutralized so that things can come full circle. So the bastard will finally get married. So that the “friend” – (Rusty, btw, yeah, you’re fucked, too,) – feels safe and secure while he self-destructs for real. Because that mother knows that she underestimated – went off half-cocked, and a million other things that, regardless of all the truly unjust and wrong things that she couldn’t help – there were things that she could have done. That she didn’t do.

That mother knows she has to learn.

Because whatever prize he wants, whatever “win” he’s looking for, that cannot distract her. She must remain totally focused on one thing and one thing, only. The only win for her is her Onlies. And she knows that it is likely that she may not make it. And worse, she also knows that to make it will require her to appear – not only neutralized, that’s not so hard – but that during that time, her only chance of making sure that when it is all said and done, regardless of the outcome for her, that there is a system set in place, in stone, ensuring that the evidence she left buried all over this country will, in fact, be found when the time comes. She can’t keep looking like she’s fighting.

She has to let the lie stand.

Because the fighting for that love is only hurting the ones she’s fighting for. The more she fights the worse it is for them. She has to look like she’s stopped.

By the way, as an aside, The Brazilian is dead. I did not kill him. But Cassidy, Candice: he is dead. Mal; my little angel, he is dead. He cannot hurt you.

For the record, I don’t want ATN to kill himself. I want him to live. I want him to live with the truth. Who knows, maybe he’ll find some scrap of humanity left in him and spend the rest of his life trying to make up to my Onlies for what he has done. I think that would be better for them than his suicide. I just don’t want them to hurt anymore.

The trick now, and what we are working hard on, is ensuring that we – and by we, for the record, that includes no men; but a few very capable women – we want to make sure that when the Scavenger Hunt begins that the RIGHT people will be able to get to those “x‘s” on the Treasure Map before the wrong people can get there and destroy 10 years of love letters and other trinkets.

Candicane, btw, I haven’t been able to check and make sure, but it’s possible that your American Girl doll is still recoverable. One thing about Kitchen Mesa, ain’t no fat boys climbing that bitch. Right, my love? 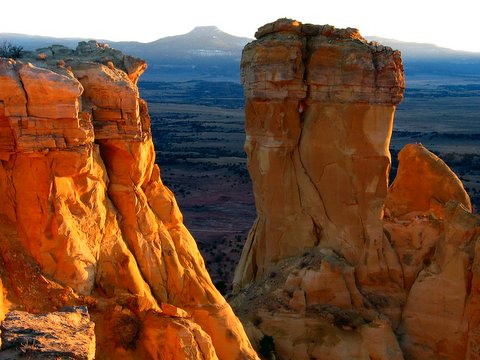 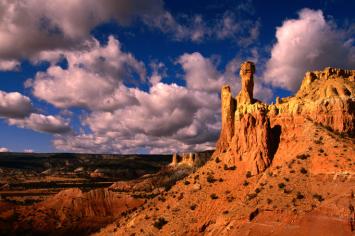 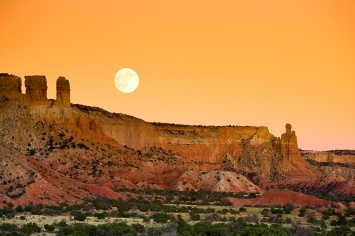 Why I never write right.

We’re almost home, little ones. And if something should happen to me, I don’t need a dead man’s switch. We got real, live, ABLE people working for good. Working for you. People who already love you and already know everything about you a thousand times over. Justice comes either way. Love comes either way.