The problem the MSM has always had with Bernie is that he makes too much sense, and therefore is a threat to their entire business model.

I’m going to keep repeating this until it takes:

But neither are they targeting CNN’s primary audience; the AARP group.

No retired old lady is yelling to her deaf husband off in the kitchen scooping  ice cream during the commercial break:

“Honey? Honey? That commercial was just on again and they say Medicare will pay for you to get your scooter. No money out of pocket. And they negotiate with Medicare, just like I told you. Remember? Didn’t I tell you that?”

“Yeah, the scooter. Medicare. No out of pocket.”

“Can you hear me in there? You’re wearing your hearing aid, right? Remember, you promised!”

“Did you know Boeing has a new Dreamliner?”

Keep in mind that the mainstream “news” media not only has incalculable conflicts of interest baked into their business models, they, in fact, have diametrically opposing interests to the best interests of the country. 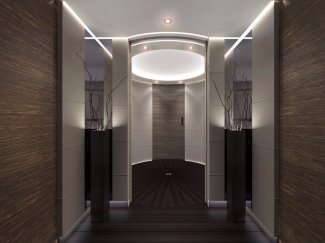 (Boeing refused comment on the matter, but says the master bedroom in the newest Dreamliner model is unrivaled in Senior Citizen Mobility.)

JS: We need to be able to discuss the issues without demonizing the opponent, and honestly, Wolf, I think the media needs to look at itself, as well.

The media characterizes every conversation as an adversarial one.

is to illuminate the facts not fan the flames.

And the media continues to cover the latest scandal, the latest “back and forth,”

but not the issues so much—

WB: Let me interrupt, Jane. With all due respect, if a president or a senator or someone with authority is making very, very strong statements, do you want us to simply ignore those statements? If there’s a social media post, a Tweet, and the president says something really, really strong; or if a Senator – Bernie Sanders – says this is the worst and most dangerous president in the history of our country, do you want us to censor —

WB: those words as part of the news media?

WB: What are you suggesting?

JS: I’m suggesting that just like the Democrats and the Republicans and the Independents and the progressives are all thinking about what happened in this presidential race the media needs to do some self-reflection as well.

At this point it is as if electrophoreses has been performed, separating sense from transparent, blinders based propagandized nonsense.

“It is the privilege of truth to make itself believed.”