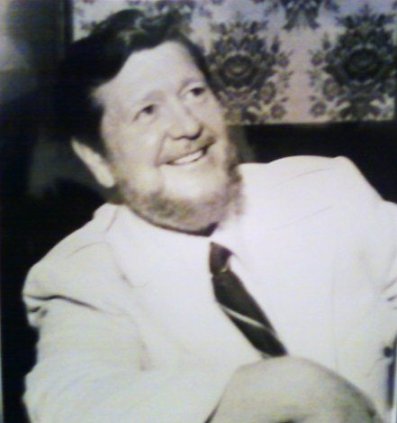 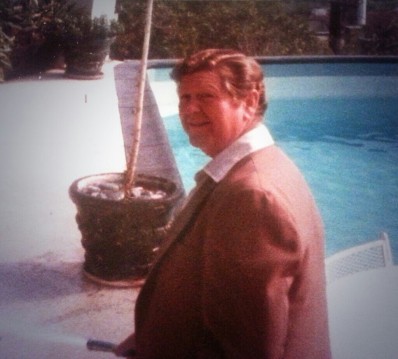 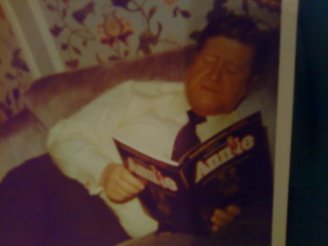 Dad with the Annie songbook: NYC 1977 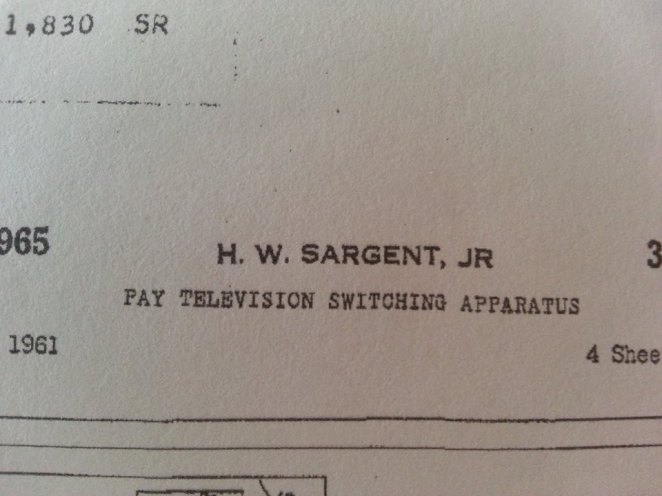 One of Dad’s PPV patents 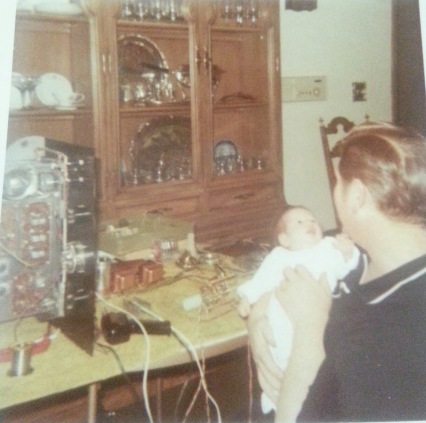 with me and wires: his favorite things 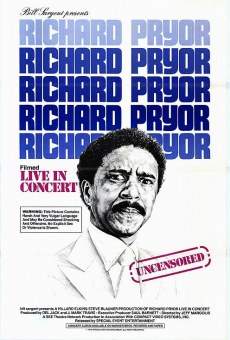 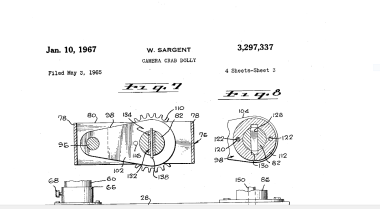 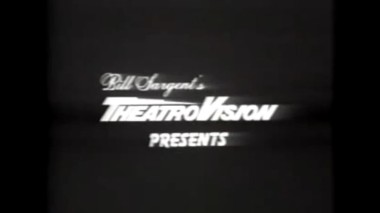 For some, it was hard to square his loud-mouthed, profane humanity with his genius.

That, for me, was never the problem.

We were so much alike that I certainly told him to go to hell with all the brilliant cussing skills I had learned so well from him and, I think, bested him at.

I remember the first time I told him to go to hell, in fact.

It stood out, because at that point I didn’t cuss.

I was very young and very “good;” only six years old at the time, in fact.

I remember – and can gauge my age – because we still lived on Palm Drive in Beverly Hills. (We lived there less than a year before moving to Stanley where we stayed through splitting our time between his Park Ave apartment in New York and our small stint in Upper Saddle River before the well ran dry again and we finally had to pack up all the places and I, at ten years old, became the only adult in the family.)

Anyway, we were wiring a “chandelier” of some kind over the big table in the huge dining room, me running the last wire through the ceiling with my “spidey sense perfection” as he called it, up on his shoulders, was almost through the drilled hole above when he lit a cigarette, made me lose the end of the little red plastic bump I had so carefully threaded through the wall up through the ceiling above, only to have him snap at me for him screwing the whole operation up.

Using his big head of wavy red hair like the horn on a saddle and his shoulders as a spring board I vaulted right off him onto the table, looked him in the eye and said,

Then turned on one toe, hopped off the huge wooden table and started off, head high, when I heard him slap the table hard with his big hand – the way everyone who knew him remembers he did in his constant, big-ness that encompassed all sight, movement, and certainly sound –

and laughed his ass off.

“Come back here, you little monkey,” he beamed, arms open wide for me to jump back up into, which I did, whispering the response he so loved into his ear in the middle of our bear hug, “No, daddy, I sloth.”

I had had a “chinning bar” from the age of toddler until I went off to college and we were still at “Number 5” when the “monkey”/”sloth” thing started, so I couldn’t have been older than 3 years, and was almost surely 2. Mom and I walked to the library every weekday and we had gotten some book on Strange Animals. I remember the Lemmings especially; the picture of them all jumping off the side of a cliff. Except I remember it as Lemons jumping off the side of a cliff. You know, Lemons…

…Jumping off a cliff. Anyway, the book also had Sloths in it, and although I have no specific memory of them at all, I know I would just hang by my little legs upside down on the bar a lot, and one night Dad called me a “little Monkey” to which I responded, “No, Daddy. I Sloth!”

Anyone who knew him would understand how he would eat something like that up, and especially how he would hang onto it as one of many little back-and-forth type lines he loved to collect with friends. If you were close to Dad very long there was probably at least one little inside joke that also served as short performance art between you. One of his closest, longest, and truest friends and Dad had a pretty good little 5-line joke they readily did for friends on whether God was black or white.

(Of course Joe won. Dad would have never continued it if the underdog position didn’t win. God was black. “Hell, it’s only fair,” Dad said when he told me about the little routine they had worked out. He was so pleased with it that he, of course, had to tell me before he and Joe were able to show me.)

“You’re a Monkey!”/”No, Daddy, I Sloth!” was, till the very end, something we said to each other almost every time we saw each other for the next 30 years.

That was my damn daddy.

And I want to wish the man who loved me, annoyed me, and raised me in the oddest way imaginable, a happy birthday!

We loved each other, and my mother – all three of us so interconnected that no force, even ourselves – could ever break that bond. Mother left the cussing to me, but although she shunned it herself, I discovered quickly that she also approved of my minimally applied directed cussing at my father.

It filled a much needed void which was not her forte.

(My mother rarely cussed, the closest thing to an actual cuss word she used even semi-regularly – the only one that wouldn’t turn everyone’s head with shock – was “bloody.” She and Dad had spent about a year in England, staying mainly outside London in a beautiful old country house where she was bored out of her wits, as her journals attest, and other than her diaries and a few pictures, the only souvenir she brought back to the states was the co-option of “bloody” into her vocabulary. The perfect non-curse word, curse word. She occasionally said “damn,” which usually elicited some shock, I’m sure she said “shit” a few times in her life, but that was rare enough that I can’t remember a specific, and if she ever said “fuck” I would have died of shock on the spot.)

Dad said “fuck” every other word. He also played up the Okie Colloquialisms in California, and it was smart. He was, when he wasn’t too full of himself, a genius at self promotion.

Love you Daddy, and happy birthday.