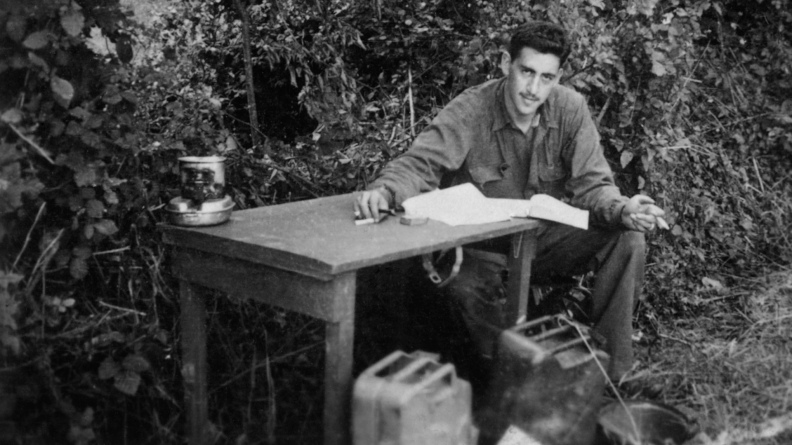 So if I’m going to come out of my foxhole for real that will mean somehow taking a Twitter account that began with the express purpose of space, time and total anonymity, and moving it into reality.

Over time, of course, the account morphed, a little at a time. You get to know people a little here, a little there; one wall after another falls, and what you end up with is some mutant mix of myth and reality.

I ended up with that mutant mix.

And undoing it will be painful in places. There’s no way around it, and I’ve faced that.

But I’m not even close to having figured out how to do it and I’m not brave enough yet, anyway. I’m just now facing the reality of it. Ticking through the potholes in my head. I know it will be okay.

Which is a very different thing than being ready to jump. Give me a little time.

My choice is simple: come out of hiding and live or stay in hiding and postpone life. I can’t have both. Still, the crawling out of the foxhole is scary. I don’t know what may be waiting. But one cannot live in hiding. Avoiding death is very different from living life.

Thankfully I have a little bit of a life off Twitter. Not much, but a little. There’s a few real life people who, despite my truth often sounding like lies, have stuck with me despite my insistence on my far-fetched sounding truths. They don’t care about any of that anyway. We’re not judging each other’s resumes. They know how wildly imperfect I am and they can stand me a fair amount of the time. (Even though I’m insufferable far too often.) That helps. If my neighbors can tolerate me I think Twitter will survive me.

Batmish is speaking to me again and my Spanish, while still poor, is getting slightly better and my neighborhood is forever patient in coaching me.

P.S. I can’t help but mention that with me anyone guessing would likely guess wrong on what’s 100% true and what I’ve bent for comfort or a sense of safety. My dad did ‘invent’ Pay-Per-View, film Muhammad Ali, etc. I grew up in Beverly Hills and flew back and forth to our Park Avenue Apartment. Knew Richard Pryor. The limos, the riches, the fame: all true. The Bateman’s in Salt Lake City: true. All the wild stuff is true. Running for my life from Tony: truer than true. The crazy shit is all true. Who I am, at my core, all true. It’s the stupid shit that isn’t at my core but that felt self-protective that was easy to paper over. Especially when I began with anonymity in mind. But none of this, now, is anything but me trying to excuse myself and isn’t helpful, so I’m outs—